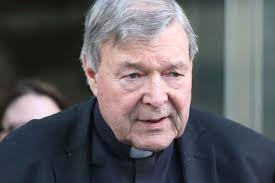 At 12.30pm Tuesday, George Pell was released from Barwon Prison, the High Court saying there was “a significant possibility that an innocent person has been convicted”.

The High Court was unanimous in finding… that the jury, acting rationally on the whole of the evidence, ought to have entertained a doubt as to Pell’s guilt with respect to each of the offences for which he was convicted, and ordered that the convictions be quashed and that verdicts of acquittal be entered in their place.

George Pell was convicted in December 2018 of one charge of sexual penetration of a child under 16 years and four charges of committing an act of indecency with or in the presence of a child under the age of 16.

The Attorney-General is now considering the public release of the so-far unpublished findings from the Royal Commission into Institutional Responses to Child Sexual Abuse. Now that the High Court has made its finding, we urge him to do so.

George Pell has always maintained his innocence and it is not for us to hold a view on the High Court’s decision but we are reminded that there is often a range of complex legal and evidentiary issues to deal with in cases involving the sexual abuse of children, especially those that are historical.

The Conversation has a good article this morning (Wed), explaining the legal complexities of the case and says George Pell won his appeal on a technicality.