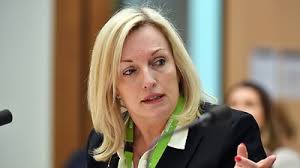 Once more taxpayers will foot the bill, this time for the reckless act of the Prime Minister in demanding Christine Holgate resign as CEO of Australia Post for no good reason.

The negotiated settlement plus legal costs suggests she was unfairly sacked by Australia Post at the behest of a PM looking for a scapegoat. Did the PM apologise to her or us for this costly exercise? No. Did the gutless board defend her? Again, no.

A perfectly capable CEO has been dragged through the mill and the government has again used the settlement tactic to avoid scrutiny. Nothing to see here.

RoboDebt was settled in much the same arrogant way. Ministers are supposed to take responsibility for their errors of judgement not take the cowardly and costly route of secret settlements.