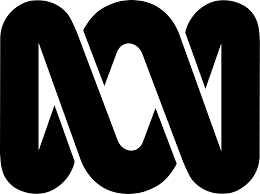 Over the past 6 months, Australians have been reminded of the enormous value of Australia’s national broadcaster, the ABC.

From covering the bushfire crisis and providing a valuable source of fact-based information to people around the country, especially those in regional communities, to the round the clock coverage of the coronavirus pandemic.

The ABC has provided an outstanding service to the community, engaging with and giving a voice to real experts, to deliver Australians facts and reassurance during times of national and global crises.

It is now more important than ever to ensure that Australian institutions like the ABC are protected and adequately funded so that they can continue to provide, independent and fact-based news to Australians.

The pause in the ABC’s indexation announced in 2018 will reduce the Corporation’s fund $84m over three years will result in an ongoing cut of $41 m per annum from 2022. It is important to remember that this comes of top of $64 million of ongoing cuts that were imposed on the corporation in 2014. To summarise the ABC will have to absorb cumulative budget cuts that amount to $105.9 million per annum by the time we reach the 2022 financial year. This is an extraordinary strain on our ability to meet community expectations.

Last week’s closure of rural newspapers around the country, as reported by the ABC, is a further reason why the ABC is so important.

The Australian Democrats have always stood up for the independence and integrity of the ABC and will continue to advocate for the protection and proper funding of this National icon.