19. An obvious thing happened in Victoria 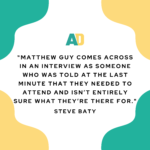 Keep the Bastards Honest
19. An obvious thing happened in Victoria

Victoria went to the polls for the second time this year, returning the Andrews government with an increased majority, and the slow motion collapse of the Liberal party continues.

Steve and Elana are joined by lead Senate candidate for Victoria Leonie Green for an analysis and reflection of the Victorian election, and how, as the Liberal party declines, Australians need a better opposition at all levels of government.

Dave Millner from The Shot predicts the outcome of the Victorian election here, and then is obnoxiously but delightfully smug about getting it right when so many of his media colleagues did not here.