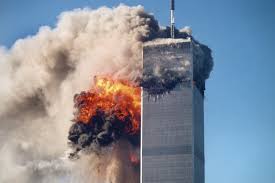 The shocking attack on the World Trade Centre on 9/11 set in train a long, more deadly and arguably more futile battle.

The 20-year mission in Afghanistan was a failure, the war on terror unwinnable, and the Middle East continues to be volatile at great cost to its people, so writes Tony Walker, Vice-chancellor fellow at La Trobe University says in the Conversation.

$A2.68 trillion was spent by the US on its 20-year mission in Afghanistan. American forces and those of their allies, in conflicts in Afghanistan, Pakistan, Iraq, Yemen, and elsewhere resulted in 900,000 war dead, expenditure of over A$10 trillion, and an estimated 30-40 million refugees.

Further attacks on American soil were thwarted as the world tightened its security and improved its counter-terrorism intelligence but a military war on terror was never likely to be successful.

America invaded Afghanistan in 2001 in partnership with its NATO allies and countries like Australia. The aim was to eradicate al-Qaeda and the Taliban. Twenty years later, the Taliban is back, although its control of a tribalised and inherently unstable country will be tenuous at best.

Various terrorism franchises like al-Qaeda and Islamic State, in the guise of its local affiliate ISIS-K, will inevitably find a home amid the likely chaos.

See here for Greg Barton on Remaining and expanding: what the Taliban’s return will mean for jihadi terrorism, 26 Aug 2021

… we are not winning the global war on terror. If the past 20 years of fighting terrorism by military means have shown us anything, it is that going to war makes things worse.

Ironically, although declaring a global war on terror proved to be a monumental mistake, jihadi movements such as al-Qaeda, the Taliban and IS are defined by their commitment to what they claim to be a holy war. That is why the success of Taliban, after 20 years of struggle, resounds around the world. And that is why, for all of their post-victory rebranding and social media information campaign, the Taliban, as a jihadi movement, remains bound to al-Qaeda.

Then there’s the question of undermining human rights – those important values of liberty, freedom of speech, freedom of the press. Before 9/11 Australia had no terrorism-specific laws. Now there are 92 of them including the latest on surveillance and disruption.

Australia – the world’s most secretive democracy

In The Conversation, Senior lecturers, Rebecca Ananian-Welsh, UQ and Keiran Hardy, Griffith University remind us that Australia’s counter-terrorism laws are unmatched by any other country in their sheer scope and the speed with which they were passed:

Many of these schemes are unprecedented in Australian law, outstripping even our historical wartime powers.