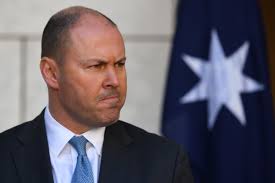 While the Treasurer channels his supply-side heroes Ronald Reagan and Margaret Thatcher in responding to the pandemic, new evidence based on the 40 years of developed world experimentation with trickle-down economics suggests that in fact the amount of trickle is “statistically indistinguishable from zero”.

Research released on 16 December by two researchers at the London School of Economics looked at the impact major tax cuts for the rich had on economic outcomes in 18 OECD countries, including Australia.

David Hope and Julian Limberg found that major tax cuts for the rich increased the share of income going to the top 1% but that “economic performance, as measured by real GDP per capita and the unemployment rate, [was] not significantly affected.”

In other words, they found no evidence of a trickle-down effect.

The authors say that the results “provide causal evidence that supports the growing pool of evidence from correlational studies that cutting taxes on the rich increases top income shares, but has little effect on economic performance.”

“Our results might be welcome news for governments as they seek to repair the public finances after the COVID-19 crisis, as they imply that they should not be unduly concerned about the economic consequences of higher taxes on the rich.”

Mr Frydenberg, are you paying attention?

Photo by Glen Carrie on Unsplash