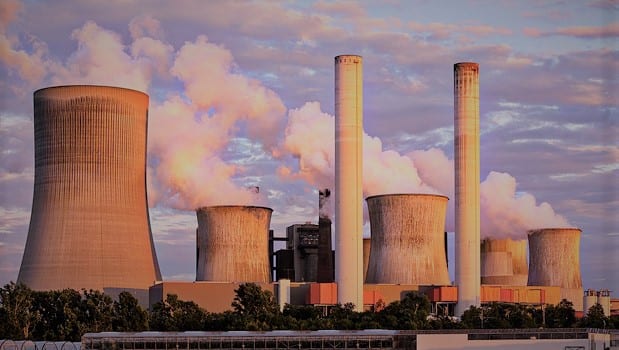 This is the right time for governments to reshape the economy so it’s fit for purpose for at least the next few decades.

Australia is at the energy crossroads. The current government clings to fossil fuels, hoping its coal exports will continue ad infinitum but everyone knows the end for coal is nigh and there is probably not a lot the Morrison Government can do to save it. Besides, there are other problems.

25 years ago power was generated, transmitted and sold to customers by state governments – a fully integrated system. Competition policy in the early 1990s changed all that and most state governments sold off coal power generators without securing any commitment to building new plants when the old ones carked it or to switching to renewables.  In 2010 the NSW Labor Government sold its electricity assets for $5.3 billion. They took the money and ran.

The National Electricity Market was the chosen vehicle for competition, lower prices and reliable power and the national transmission network would make that happen.  The business of selling power to customers would be done by a myriad of competitive separate ‘retail’ entities.

Not surprisingly, power generators, many overseas-owned, extracted what profits they could and gave notice to exit when the price of upkeep on ageing equipment outweighed profits, leaving the country with old generators and no appetite for building new ones.

Australian-owned, AGL wanted to retire its Liddell Power Station in 2 years but caved in to government pressure and it’s now 3 years. AGL, says it will repurpose the site with cheapest option technology – gas power stations, pumped hydro, 1600MW of renewables, and batteries. Note: no coal!

One benefit of this privatised system is that no operator will build new coal generators. They just don’t stack up despite the Prime Minister’s handout in February of $4m for a feasibility study into ‘high efficiency, low emissions’ coal plant in Collinsville, Qld. The Morrison Government is apparently considering indemnifying the plant from future carbon risk.

Australia’s dirtiest, Hazelwood Power Station in Victoria, closed in 2017 after catching fire in 2014 and burning for 45 days and blanketing the area with toxic smoke.

The rest is history. Power prices have gone through the roof thanks to catch-up spending after under-investment in ageing infrastructure – a not-so-clever ploy back then to make us think privatisation was working.

Where to from here

The major parties will not step in and re-integrate the system so we are left with government coercion as the only tool while a carbon tax or other mechanism remains in the too hard basket. It does mean we have a planning and investment vacuum thanks to lack of control and certainty as to how our substantial reductions in emissions will be achieved for a climate safer future.

Because Australia has such good wind and solar resources and had a Renewable Energy Target, renewable energy is growing at a per capita rate 10 times faster than world average. The Conversation.

However, since the RET ended without a replacement mechanism, the sector is in limbo.  That said wind and solar costs continue to come down and are likely to be profitable even without a new RET. The main problem now is transmission.

When the Mandated Renewable Energy Target went through parliament 20 years ago we said:

The Democrats think it is imperative that the government commences discussion with the states as soon as possible to develop uniform national codes governing interconnections to power grids and uniform arrangements for net metering which would guarantee a fair price for independent generators.  (See here for more.)

Transition lines are weak in many areas – a problem identified in an inquiry a decade ago. Large solar farms in north-west Victoria have had to halve their generation because of technical problems in transmission lines. Large projects can wait many months for connection to the grid and in Victoria, connecting to the grid can take up to 7 years!

In February AEMO held a crisis meeting with the industry pointing out the failure of grid planning and the perverse impact of new rules governing connections.

…….. there is $6.28 billion in investment and more than 5000 jobs in renewable energy developments that are currently threatened by these grid constraints, …… the situation it is adding to concerns for an industry that has already seen commitments cut in half because of the lack of a coherent federal policy, and connection issues.

Since September 2019, several operational solar farms have had their output severely curtailed to ensure grid stability in the region, while a number of other projects that are under construction or completed have been told they may face long delays before they are able to connect to the grid. This has resulted in considerable losses for existing project proponents and is threatening over $6 billion in new investment and more than 5,000 jobs in the region.

The Australian Energy Market Operator estimates that across the eastern states, the existing transmission network can support additional wind and solar rated to only 13,000 MW, much less than the 30,000 MW that may be required to 2040.

Household rooftop solar is also experiencing problems with the distribution network’s ability to integrate high levels of sophisticated solar and battery technology and the fundamental problem of managing a grid that was not designed to handle the two-way flow of power between rooftop and grid.

These problems are serious. Now is the time to fix them.

And in case you are looking for another reason to support transition away from coal, here is a report by the ACF this week on how much water it consumes and withdraws.

Here are the main points: