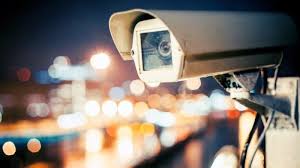 Facial recognition technology is now in operation across every jurisdiction in Australia and governments and private companies are fast turning the nation into a surveillance state.

We think that’s a problem, a big problem and we’ve joined a growing body of organisations calling for a moratorium. We need to take stock, understand what’s happening and have a say.

A little over 30 years ago, the Australian Government tried to introduce the Australia Card; an identity-card. Under this scheme, every Australian would be required to present the identity card in order to access essential services. Bureaucrats declared the identification measure would solve fraud and criminality issues.

Many saw the Australia Card as a prototype for a national surveillance system.

The Australian Democrats were prominent in opposing the Australia Card. The then-Senate leader, Janine Haines, voiced the concerns many Australians held – the converging of personal data posed significant threats to privacy, especially from the potential misuse of information.

Australians rejected the Australia Card – we did not want to be an authoritarian country. We rightly feared the identification measure would reduce us to a number.

Fast forward to the present and we are now at risk of becoming an algorithm.

Once the realm of dystopian fiction, facial recognition and surveillance technologies have now seeped into our everyday lives. Smartphones track our every move, and increasingly, the surveillance of our faces is becoming as regular as a PR stunt by our PM.

What are facial recognition and surveillance technologies?

Facial recognition and surveillance technologies are becoming increasingly embedded in our lives, and it is big business. One prominent consultancy values the facial recognition market to be worth ~$3 billion, forecasting it to grow to $12 billion by 2026.

Advocates like to promote the technology as an efficient crime-fighting tool with substantial safety benefits. In part, crime agencies hope to use the technology to prevent crime before it happens.

Privacy experts however say the technology is eroding our democratic freedoms. There’s also the issue of errors with the technology – it contains algorithmic discrimination. That is, it can be less accurate in identifying people outside of the ‘mainstream’, which means females, dark‑skinned people and those aged 18-to-30 are at-risk of being mistakenly identified.

Are you being served or scanned?

Facial recognition technology is in operation across every jurisdiction in Australia.

Customers of 7-Eleven may have noticed facial recognition technology at their local store. The signage reads: “[The] Site is under constant video surveillance. By entering the store, you consent to facial recognition cameras capturing and storing your image.” Or perhaps you’ve visited a Westfield shopping centre? There you were likely captured on one of the 1,400 ‘Smartscreens’.

‘Smartscreens’ have a discreet camera which detects your age, gender and mood, records your reaction and shares it with advertisers.

Or perhaps you’ve gone to Brisbane’s Lang Park to watch the footy, without realising the Close Circuit Television (CCTV) at the stadium has facial recognition technology which is shared with police?

And it isn’t just the private sector embracing the technology.

Governments are increasing introducing surveillance technologies – but at what cost to our Democratic freedoms?

Government at all levels have been rolling out surveillance technologies for a number of years. For instance, Sydney’s Barangaroo Ferry terminal has 40 CCTV cameras with face recognition capability. On the opposite side of the country, Perth City Council (with federal funding) is trialling facial recognition cameras to assist police activities and city planning.

In fact, police in all states and territories are using facial recognition technologies to compare images in their respective databases. Agencies in Western Australia and Queensland have used the technology with live CCTV feeds – and NSW government is also exploring this.

Late last year, the Australian Government attempted to introduce the Identity-matching Services Bill 2019 (the Bill), which would establish a ‘National Facial Biometric Matching Capability’ – in other words: a facial recognition database. More information on the Bill can be found at the Australian Parliament House site here.

‘The Capability’ will include a database of driver licence images and other information supplied by each state and territory, and a facial recognition system for biometric comparison of facial images against facial images in the database. A Face Identification Service will allow law enforcement and national security agencies to identify unknown persons or those with multiple identities.

The Bill is being redrafted.

While there are clear benefits of facial recognition technologies, we need to examine the costs of rolling out a national surveillance system – to our privacy and democratic freedoms as well as other dangers.

Some big tech companies – Google and IBM – have a moratorium on developing facial technology.

Legislators in San Francisco – the tech capital of the world – have banned facial recognition technology on the grounds the technology is incompatible with a healthy democracy.

Earlier this year, the European Commission released its draft paper on AI, calling for a five-year moratorium on the facial recognition, finding the technology error prone and in breach of privacy laws.

Welcome to the Surveillance State – is China a glimpse into our Future?

As with any technology, the more familiar it becomes, the more we normalise it as part of our everyday lives. Technology that is introduced in a limited capacity, and with good intentions, such as protection against criminals, may later be expanded, potentially without the public realising. The more surveillance technologies are normalised, the less private space we have and the more we give power to those undertaking the surveillance. This is referred to as surveillance creep.

Will personal data in ‘The Capability’ later be merged with other data? Will we know who has seen our data? When they accessed it?

Will a surveillance state result in people being unfairly targeted and or persecuted?

Many fear that in time, surveillance creep will see surveillance in Australia reach a system like what is operating in China.

China has millions of cameras operating with facial recognition capability.

This includes their placement at subway turnstiles, street crossings and can even be a mandatory requirement for accessing work or recreational facilities.

The information captured from these cameras will be part of the country’s Social Credit System – an Orwellian, data-driven system, designed to survey and shape better behaviour by awarding the trustworthy and punishing the disobedient. The system is made up of three interconnected components: A master database, a blacklisting system and a punishment and rewards mechanism.

Provincial and city governments, state agencies and the central bank have already been funnelling their data into a “master database” called the National Credit Information Sharing Platform.

There are also reports China is using facial recognition technology to enforce attendance of Muslims at re-education camps and then to monitor their personal movements following their release.

We all want to be safe from crime and it is the role of government to promote stability and cohesion. However, when San Francisco: the home of Silicon Valley and start-ups, bans facial recognition technology and privacy experts warn against its creeping surveillance powers, Australians should demand to know from government where this is taking us.

It’s the Australia Card on steroids and the evidence suggests it’s none-too-safe.