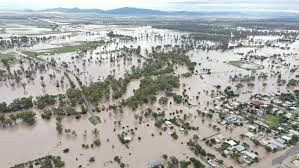 Relentless floods in Qld and NSW, disastrous bushfires before them, and the never-ending Covid pandemic have exposed government complacency and unpreparedness.

The Prime Minister says the floods in NSW and Qld are one-in-500-year climate ‘events’ when it is clear that these disasters are now much more frequent, as predicted. Pretending they won’t occur again for 1000 years, as the NSW premier, suggested is pure fantasy.

We cannot say we were not warned of this decades ago. Successive governments have ignored the evidence, exposing the country to the very high cost of climate change – in lives, property loss, and nature.

Australia is not coping with these cascading disasters.

Many made homeless by the bushfires are still in caravans and tin sheds. Government plans for adapting to climate change barely exist.

Chair of the Climate Change Adaptation and Resilience Research Network, Prof Barbara Norman, says Australia is ranked last out of 54 nations on its strategy to cope with climate change. She says Australia lacks even the most basic policies and plans, including:

Read more here in The Conversation.

We could have moved much earlier and faster on shifting to renewable energy, shown leadership instead of pretending coal, oil and gas would burn forever in propping up the economy and vested interests.

Urban planning should have anticipated climate change and, for instance, limited development on flood plains and in fire-prone areas. There is now a diabolical problem in insurance becoming unaffordable and a question of who pays for rebuilding.