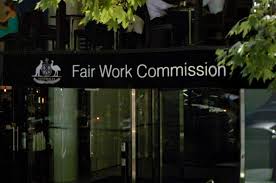 Sophie Mirabella is the latest political appointee to the Fair Work Commission – former MP outpolled by Independent Cathy McGowan in 2013 and again in 2016 in her seat of Indi.

This appointment fails the accountability test on two grounds – well-paid jobs for mates and further politicisation of the Commission.

Maybe this a backlash for the government being forced to agree to dramatically scale back its IR Omnibus Bill last week. Commission appointments are made by governments and have been an ideological battleground since established in 2009.

Back in 2017 the Coalition appointed six new commissioners, mostly from employer backgrounds, despite the Fair Work Commission president recommending only one new appointment. The same year the Commission ordered a cut to Sunday and public holiday penalty rates.

In its last six years in power Labor made 26 new appointments, 18 of them aligned with Labor.

The Commission’s role is to assist employees and employers to maintain fair and productive workplaces.
It used to operate under a convention that there would be balance in the numbers of commissioners with employer and union backgrounds. What’s happening now is that the government in power stacks the Commission with its ideological mates. That means no one can have confidence in that outcomes are fair.

It’s time to rejig the Commission by excluding political appointees – former MPs and heads of industry bodies – and remove the government from the appointment process so that merit and fairness determine who is to appointed to the Commission.